Winter Birds | A Guide to Winter Birdwatching in the Lakeland

During the later summer and into fall, you’ll often hear the honking of hundreds of Canadian Geese as they begin their long journey for warmer climates. Many Canadian birds like the crane, the swan and some bald eagles, will all head south for the winter and return in early spring. But did you know there are a ton of other species that stay put all winter long? If you love to birdwatch, the Lakeland is the perfect place to see lots of winter birds. 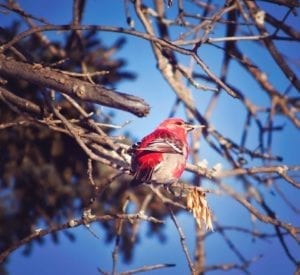 These winter birds are the perfect bird to search for during the snowy months, as their bright red bodies easily stand out against the foliage. The Pine Grosbeak is the largest member of the finch family. They typically live in spruce, pine or fir trees and feed on seeds, fruit, buds and berries. They typically stay around all through the winter but have also been known to head further south when food is in short supply. Top up your bird feeders and we guarantee you’ll have a bunch of these little fellows hanging around all winter long. 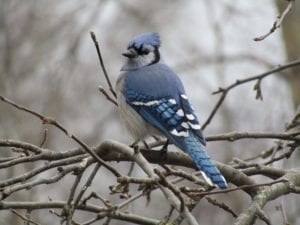 Blue Jays are known for their noisy calls and bright blue feathers. Somewhere along the way, they have also chalked up a bad reputation for stealing eggs from other nesting birds. It does happen, but this behaviour is actually quite rare. Blue Jays have strange and unexplained migration patterns during the winter. Young males are known to migrate to warmer climates, while others remain in their usual wintery habitat. It’s also been studied that one Blue Jay may migrate one year and not the next. They are another fun and fantastic winter bird that you can find in the Lakeland amongst the trees or at your feeder. 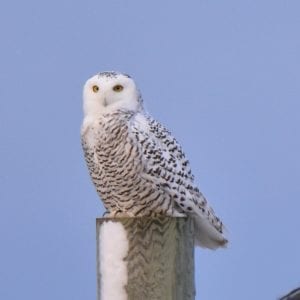 It shouldn’t come as a surprise that the Snowy Owl is one of many birds you’ll find flying around during the winter months. Although they typically reside in the Arctic tundra, during the winter they tend to head for more populated areas of the country. They are one of the largest species of owl and are known by their snow-white feathers with black/brown markings and their bright yellow eyes. The Snowy Owls’ amazing ability to adapt to harsh winter climates makes them a unique species of bird. Consider yourself lucky if you’ve spotted one of these magnificent birds in the snow, their colouring makes them almost impossible to see. Although they are well camouflaged, you are more likely to notice them when they are perched on a fence post or telephone pole searching for food. 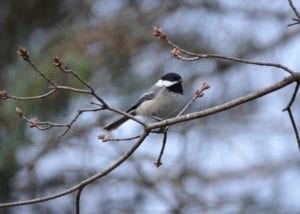 Have you ever wondered where the Chickadee got its name? If you listen carefully to their call, you can hear them say “chick-a-dee”. The number of “dees” at the end of their call is a signal to other members in the flock that they are either safe or in danger. It might seem crazy that these tiny little birds are capable of surviving the harsh elements of an Alberta winter, but they have adapted many ways to survive. Black-Capped Chickadees like to store their food in different locations to protect it from other birds and animals, they take shelter in small holes in trees and shrubs and they grow thick winter coats for warmth. They even have the ability to go into a controlled hypothermic state at night when temperatures drop which allows them to conserve energy and survive. You’ll often find these little winter birds popping by your feeders throughout the winter as well. 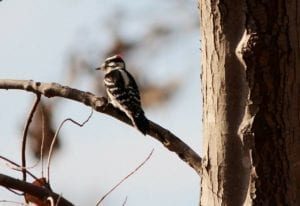 Most woodpecker species look very similar, so how do you know if you’ve spotted a Downy Woodpecker or a different kind? By their size. The Downy Woodpecker is the smallest of the woodpecker family at only 6-7” tall. They are one of the many birds you might find on a winter stroll through the woods. Their black and white patterns often make them hard to spot, but if you listen carefully, you’ll hear them hammering away at a tree. These amazing little birds can create holes over 10cms around, which makes them better adaptable to a wider range of forests than some of the larger species of woodpecker. During the winter months, if you would like to invite these tiny but mighty birds to your feeder, fill it with sunflower seeds. 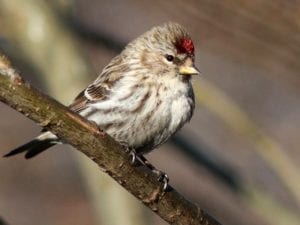 Another amazing species of tiny finch capable of surviving harsh winter climates is the Common Redpoll. This tiny little bird is recognized by the little red cap on the top of its head. They typically like birch trees, but will also reside in other trees and bushes. During the winter months, they live in thicker bushes and shrubs to stay protected from the elements. They feed on mostly berries, seeds, but also eat some insects. If they leave their habitat and head further south during the winter, it’s not from the cold, it’s from a lack of food. They are more common in the far north of the country but can also be found in Alberta and in the Lakeland.

These are just a few of the many species of birds you can find in the Lakeland during the winter months. Watching for winter birds is sometimes almost easier than birdwatching in the summer because all the trees are bare, making most of them easier to spot. Many of them have bright colours or markings that stand out against the snow and evergreens. When the temperatures drop and it’s too cold to go in search of these little feathered friends, fill up your bird feeders and you’re sure to have some company in no time.

If you’re lucky enough to capture some great photos of one of these winter birds, send it our way, we would love to share it on social media with our followers.

3 Must Do Winter Experiences in Northeastern Alberta 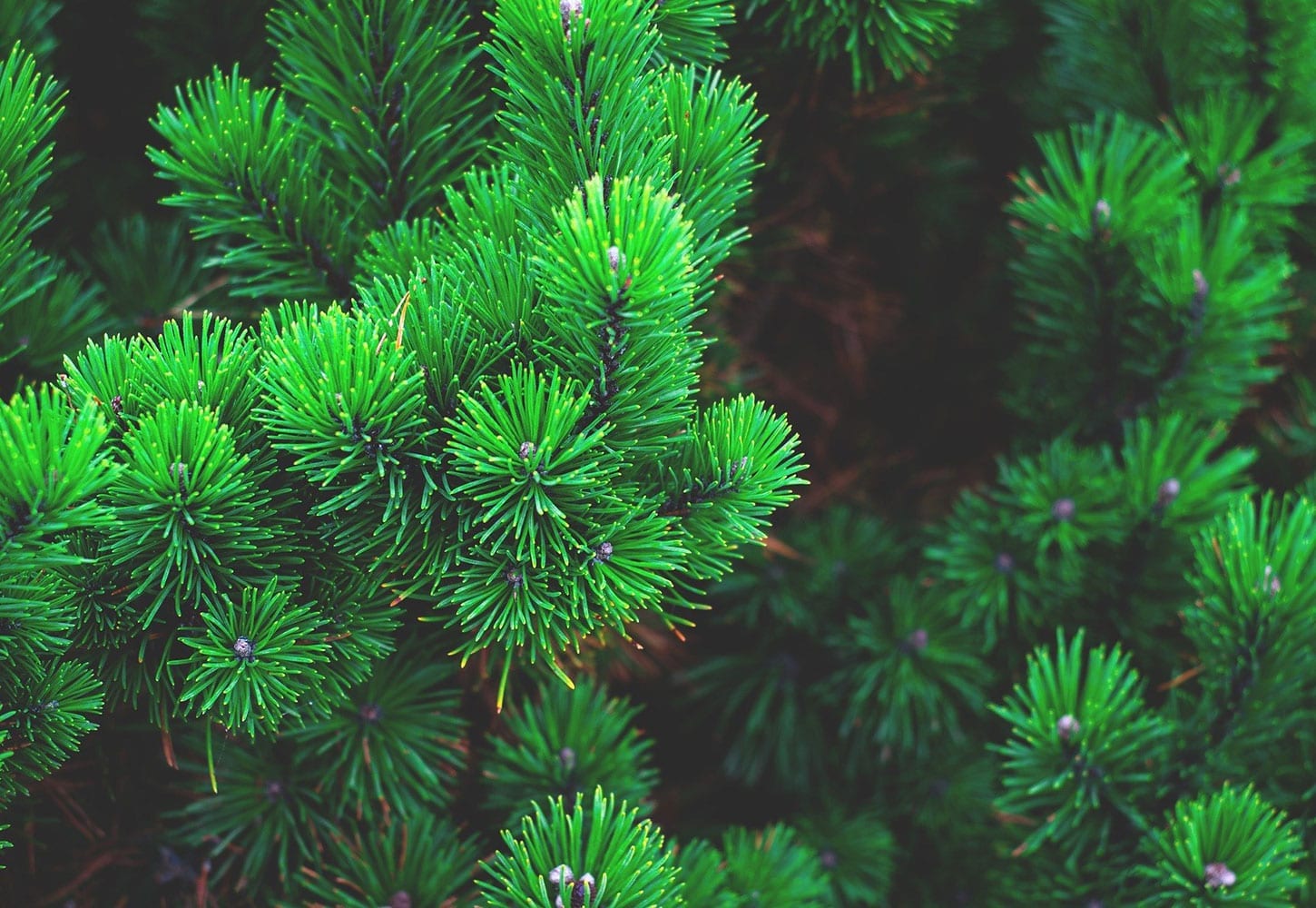 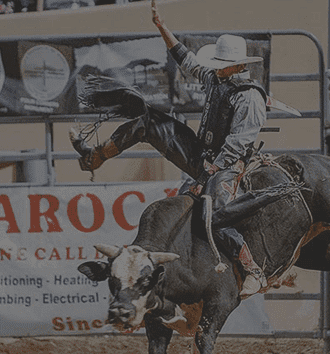 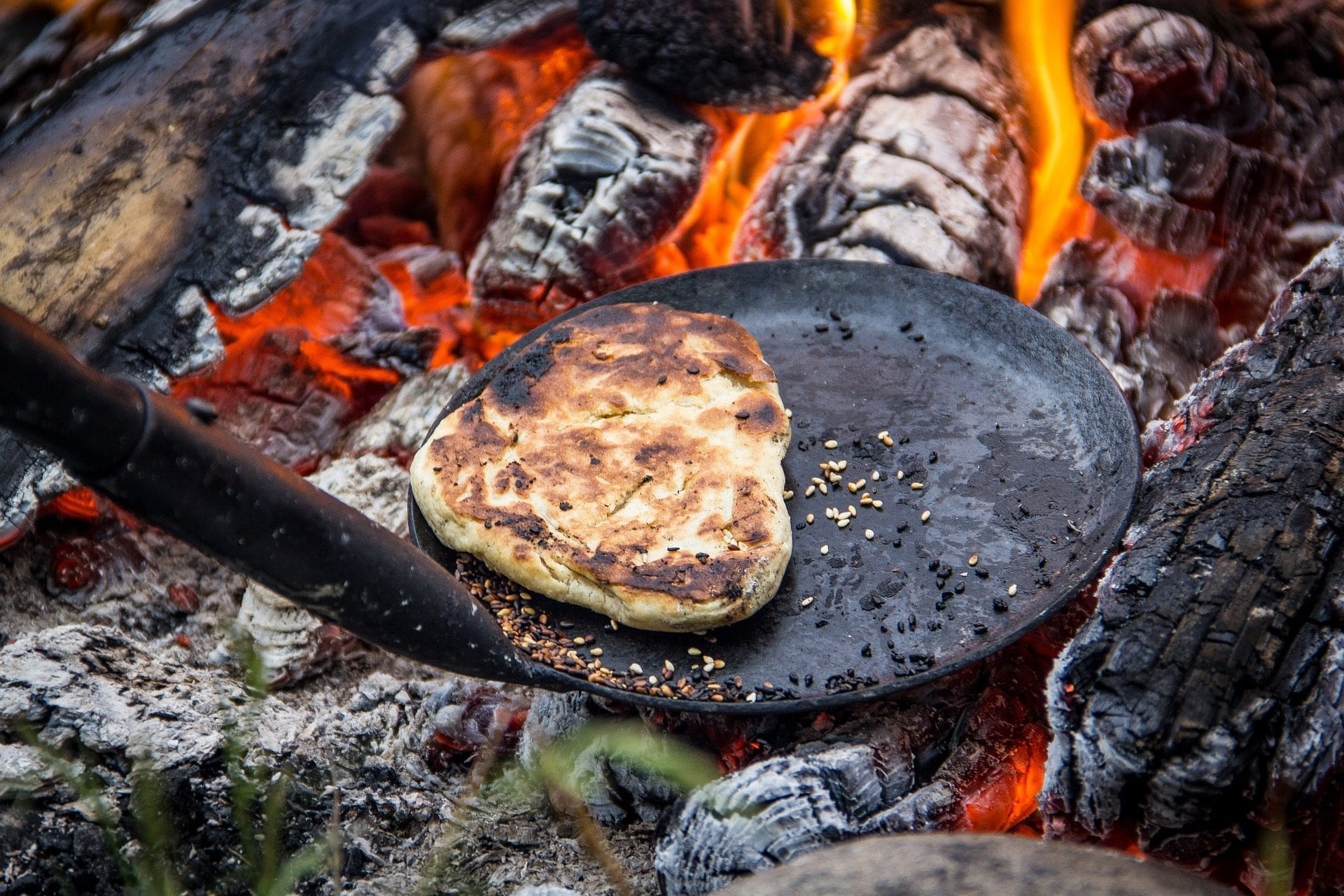